BC Golden Triangle | Past and Present

The BC Golden Triangle is located in a prolific mineral-rich region in northwest British Columbia, Canada. It has a diverse record of historical discoveries, past and current production and recently major new base and precious mineral discoveries by junior mining companies. 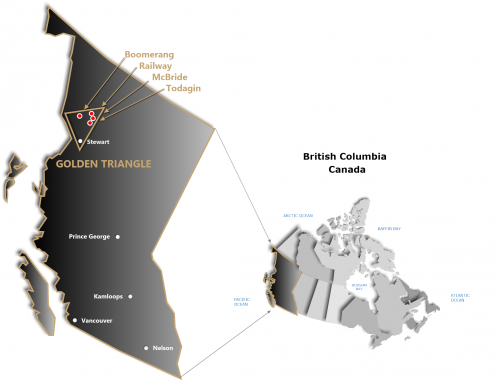 In the 1980’s there was considerable junior exploration activity in the Golden Triangle leading to discovery of the SNIP mine – followed by discovery of the ESKAY Creek mine backed by legendary mining promoter and mine finder Murray Pezim. The Eskay Creek mine went on to produce (1994 – 2008) approximately 3.3 million ounces of gold and 160 million ounces of silver at average grades of 45 g/t Au and 2,224 g/t Ag. Eskay was once the world’s highest-grade gold mine and fifth-largest silver mine by volume.

During June of 2022 Hawkeye sold its McBride, Railway, Boomerang and Todagin properties in the BC Golden Triangle to to Newcrest Red Chris Mining Ltd. (“Newcrest”), a wholly-owned subsidiary of Newcrest Mining Limited (Australian Stock Exchange: NCM, Toronto Stock Exchange: NCM, Papua New Guinea Exchange: NCM), for total consideration of CAD$1,400,000.  Under terms of the Asset Purchase Agreement the Company retains a 2% net smelter royalty (NSR) on each property which are subject to buy-down provisions.  The McBride, Railway and Todagin properties are contiguous and/or situated within approximately 16 kilometres of the Newcrest/Imperial Metals producing copper/gold Red Chris mine and approximately 16km east of Newmont’s (GT Gold) copper – gold Tatogga property. 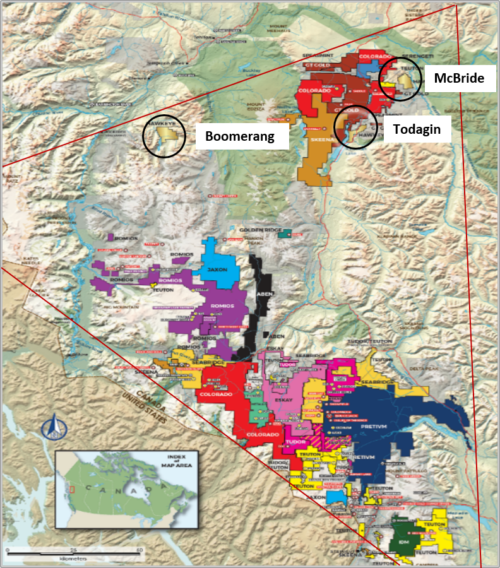 The Boomerang is a copper/gold project that is situated north of Teck’s Schaft Creek discovery which is considered one of the largest undeveloped porphyry copper-gold-molybdenum-silver deposits in North America, and Teck/Newmont’s Galore Creek project considered as one of the largest undeveloped projects in North America with significant  resources of gold and copper.

For further information relating to HAWKEYE’s 2% NSR click on the “ROYALTIES” link in the header above.